Cartoons of the 80's

Many of us that grew up in the 70's and 80's probably do not watch cartoons now a days but I bet you get this rush of excitement when you see a cartoon back from your childhood. Maybe because we, as kids, were more limited on our cartoon viewing than kids today. We had to wait until Saturday Morning to watch our favorite cartoons.  I feel that we had to, in a sense, work for the priviledge of watching our cartoons. We had to make sure our homework and chores were done before the cartoons started or you were not watching them. There was no watching it later On Demand, DVR, 24 cartoon channel or 1,000 other devices you can use today.


Below are a only a few of my favorites from the 70's.

THE FUNKY PHANTOM
One of the many teenage detective crime fighting cartoons of the 70's. Where were these kid's parents while they are out exploring haunted houses and abanded fun parks trying to catch dangerous criminals? 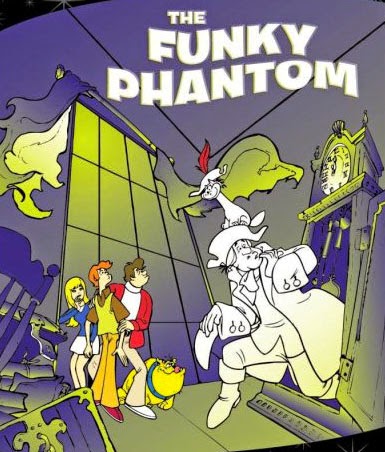 CAPTAIN CAVEMAN
Here is another cartoon that questions the parental skills of 70's adults. Who lets thier teenage daughter hang out with a nude caveman? Ok, his hair covers his "Cave-Manhood" but the dude is NUDE! Also, who gave him the rank of Captain? 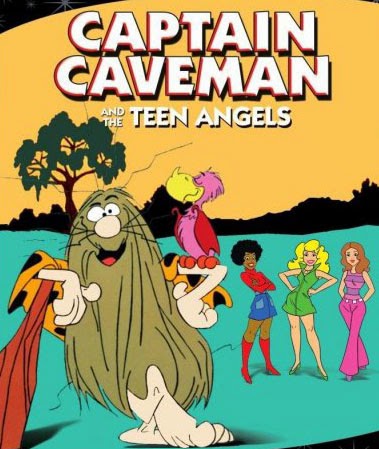 JOSIE AND THE PUSSYCATS
I am thoroughly convinced that all cartoonists in the 70's were perverts. Even if I didn't like the show, you'd still watch it for the hot chicks. Hey, it was the 70's and we didn't have cable! Don't judge me. I would also like to know who decided to put the "P" word in a children's TV show title? This is a cartoon gentlemen, not a James Bond movie. 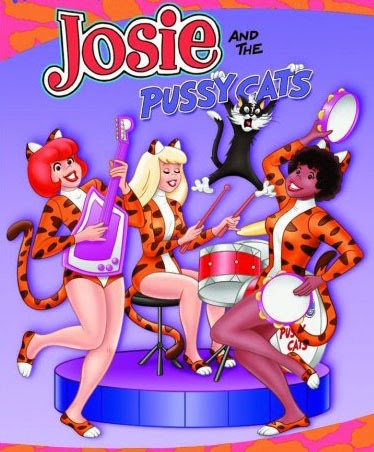 THE GROOVY GOOLIES
I don't remember this running that long but it was one of favorites. Monsters that rode dragsters and played in a rock band. I still remember the theme song "Every body shout!...It's time for the Goolies Get Together..."
WHEELIE and the CHOPPER BUNCH
Talking motor cycles and Dune Buggies with lots of car chases with the occasional hot chick car. It's practically a Steve McQueen movie. AWESOME!!! 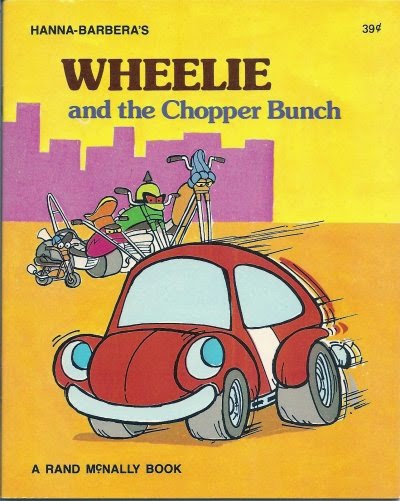 Help!... It's the Hair Bear Bunch!
Originally called the Yo-Yo Bears...betcha didn't know that. I loved how the 70's cartoons incorporated the current fashions into the characters. Check out Hair Bear's vest, afro and that scarft thing. 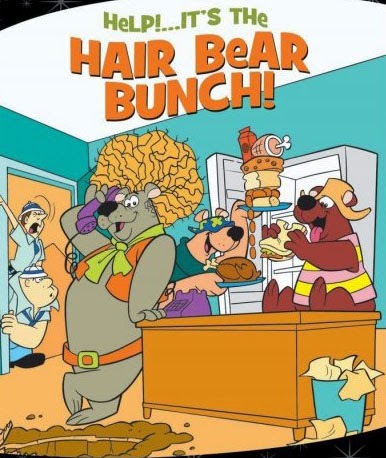 Magilla Gorilla
I don't think this was a Saturday Morning cartoon but I remember having to get the upgraded rabbit ear antenna to pick the show up on UHF during the weekday afternoons.
THE SUPER FRIENDS
A group of bad ass, super strong, crime fighting Super Heroes...along with Marvin the moron and his stupid dog. These heroes fight very dangerous super villians and face deadly situations daily but the let this idiot kid and his dog hang around to screw things up? That is just bad business practice and is the fault of the upper management.
This is just a small sample of my favorites and will be back with more retro rants and rave. Thanks for listening and remember to visit our sponsor.
This blog proudly sponsored by BLTees! Your source for hard to find retro t-shirts.
Share
Share on Facebook Tweet on Twitter Pin on Pinterest
Back to News