10 fun facts to know about Aquaman

DC Comics’ Aquaman has had an intersting and strange existance. Suddenly changing size, meeting your doppelganger, aliens invading and making you perform in a circus of some kind — these are only some of the situations that Silver Age heroes faced on a daily basis. The major threats weren’t even supervillains. It was just the pervasive weirdness of the world as a whole that made life difficult.


***Before we get to the “Fun Facts” here’s an absolutly strange and disturbing one:
Aquaman was raised by Dolphins
The dolphins that raised Aquaman sent him away to interact with actual humans because he was developing a romantic relationship with a young dolphin named Nera. Their relationship ended when Aquaman and his brother (an actual dolphin) started competing for Nera’s affections. 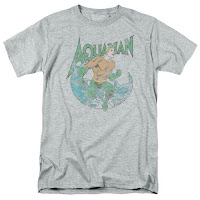 Aquaman surfaced seven months after The Fin in the back pages of “More Fun Comics.” He was a guy from Atlantis who, of course, could breathe both air and water and fought Nazis. 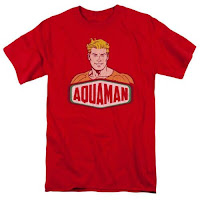 2) Aquaman’s first origin didn’t stick. Neither did his third
In his 1941 debut story, Aquaman didn’t get a mother or even a real name. But he did get his swims-fast-and-talks-to-fish powers from his scientist father, “a famous undersea explorer” who had a lab in the ruins of Atlantis.

In 1989, a new origin established that Aquaman had been exiled from Atlantis as a baby, raised by dolphins and had a baby named Koryak with an Inuit gal. And, although he was kinda-sorta adopted by a lighthouse keeper, and took that man’s name (Arthur Curry), his real name was Orin and his father was an Atlantean sorcerer named Atlan.

Got all that? Well forget it, because both ideas were deep-sixed in 2011, when DC rebooted their entire superhero line and took Aquaman back to his second origin, which first appeared in 1959. That’s the one everybody knows, where his name is Arthur Curry and his parents are Tom Curry, a lighthouse keeper, and Atlanna, an Atlantean exile. (She was kicked out for being surface-curious.) 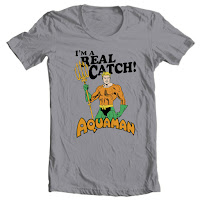 3) Aquaman’s first sidekick — and first supporting character — wasn’t human
After being a solo adventurer for 15 years, the Marine Marvel finally got someone to talk to in 1956, in a story titled “Aquaman’s Undersea Partner.” As all “Super Friends” fans know, it was Topo the octopus.

4) Atlanteans are body-shamers
In the third Aqua-origin mentioned above, Aquaman was ejected from Atlantis for having blond hair. It was called “the Curse of Kordax,” and all blond babies were left on “Mercy Reef” to die of exposure. Nice folks, these Atlanteans. 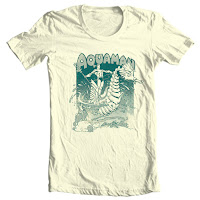 In 1959, Aquaman was joined by Aqualad, a tween who was suspect in Atlantis for having purple eyes. This actually makes more sense than the Curse of Kordax, because purple eyes was explained to indicate a recessive gene that meant the baby would be an air-breather. But Aqualad could breathe water. He was allowed to stay for years, he explained, but finally got kicked out because he was afraid of fish. (Seriously.)

Garth got over his icthyophobia and began a long comics career, not only as Aquaman’s partner, but as a founding member of the Teen Titans. For years the only name Aqualad had was “Aqualad.” Which is kinda sad, as it sounds like a flotation device. At some point he was revealed to have the civilian mononym Garth, learned magic and changed his nom du combat to Tempest. Now he’s more of a sorcerer than a junior varsity Aquaman, and nobody calls him Aqualad any more.

5) There’s another Aqualad. Or maybe two
A different Aqualad was introduced in the “Young Justice” cartoon in 2010, a black kid from Atlantis named Kaldur’ahm (gesundheit!), who can control water. Just to confuse everyone, DC introduced a black kid named Jackson Hyde in the comics, who had similar powers and also went by Aqualad. In other words, they’re the same character, only with different names. Just to complicate matters, this version of Aqualad is the son of Aquaman’s arch-foe Black Manta. 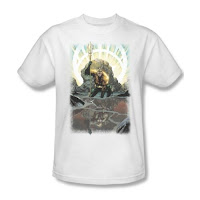 6) Mera is more powerful than Aquaman
The Sea King’s love interest was introduced in 1963, the queen of the extradimensional “Dimension Aqua.” She has the power of aquakinesis, which means she can mentally manipulate water. This is far more powerful and useful than “swims fast and talks to fish.” Aquaman’s powers have slowly been beefed up, gaining super-strength in the ’70s and demonstrated to be bullet-proof since 2011. That’s useful, but Mera’s ability to form objects out of water is in another league altogether.

For the record, “Dimension Aqua” has been re-imagined as “Xebel,” an extradimensional penal colony where Atlantean separatists were imprisoned long ago. (Xebel/rebel: It rhymes!) In this new continuity, Mera came to Atlantis to assassinate Arthur, but fell in love with him instead. 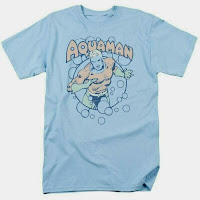 7) Aquaman was once a father
Aquaman and Mera got married in 1964, and Arthur Curry Jr. arrived a year later. Unfortunately, Aquababy was killed by Black Manta, which is why Manta is Aquaman’s arch-foe. However, as noted, Aquaman’s history has been re-written a couple of times. In one reboot or another, Aquababy was thrown out with the bath water.

Not only is Aquababy gone, but so Aquaman’s marriage. Everything before 2011 doesn’t count, so Aquaman and Mera are just dating and never were married. But don’t worry, they still really hate Black Manta. (Although they’re probably not sure why.) 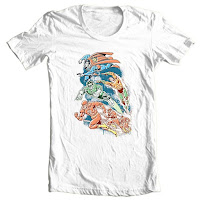 9) Aquaman was once uncontested leader of the Justice League
It’s not as impressive as it sounds, though, because the only members left at the time (mid-1980s) were Elongated Man, Martian Manhunter and Zatanna. They were joined by newcomers Gypsy, Steel, Vixen and the break-dancing Vibe. Their headquarters was in Detroit, and many of ’em got killed. 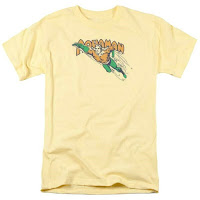 10) There are two Atlantises
In a 1959 story, “The Girl in Superman’s Past,” the Man of Steel revealed that in college he fell in love with a co-ed named Lori Lemaris — who turned out to be a mermaid from Atlantis. That sank their love affair, but it raised a question: Why was Aquaman’s Atlantis populated by people with legs, while Lori’s Atlantis was filled with extras from “Siren?”

DC settled the issue by establishing that Aquaman hailed from Poseidonis, and Lori from Tritonis, and that both were cities on the legendary continent when it sank. Only Tritonians evolved fish tails, whereas Poseidonisians still put their trunks on one leg at a time.

*This blog sponsored by your friends at BLTees